Anna Steinert embarks on a transcendental journey into the imagination for her first solo exhibition at Galerie Tanja Wagner: Wanderings.

The exhibition’s title is inspired by a quote from Hannah Arendt: “To broaden one’s horizons one must train their imagination to wander.” Strolling through a series of luminous paintings, Steinert explores her own openness and vulnerableness. Along the way, the artist grapples with various theories and philosophies, exploring ideas envisioned by Bruno Latour, Donna Haraway, or Vinciane Despret. Their visions of a world in harmony with its resources are captivatingly bundled into Steinert’s gestural paintings. The paint is applied with a vigorous energy, the artist often uses her bare hands. When Steinert takes the oils sticks clenched within her fist, she tells of resistance and rage, of feminist solidarity and collectivity. She forms narratives within her abstraction, creating protagonists out of saturated colors.

Anna Steinert presents sculptural artworks next to her paintings for the very first time. They appear as individual characters, guiding both the artist and the viewers through the mental process of wandering. Yet another link between her inner consciousness and the outside world is made by the titles of the artworks, bridging space for further associations. Like Call for feminist territory, which she began painting at the beginning of the invasion of Ukraine and can thus be interpreted as a direct reaction to the events that took place there. Steinert is just as concerned with political events as with feminist literature and uncertainties about what the future holds. By spontaneously using and unifying various mediums, she consistently molds and generates new figures and forms with which to explore these concerns. Artists before her, like Helen Frankenthaler and Lee Krasner, confidently claimed their space in the male-dominated field of painting, and Steinert continues to confidently wander along this path. While she invites us to accompany her on her personal wanderings, she also tempts us to question our own perceptive limitations and offers space to broaden our own horizons. 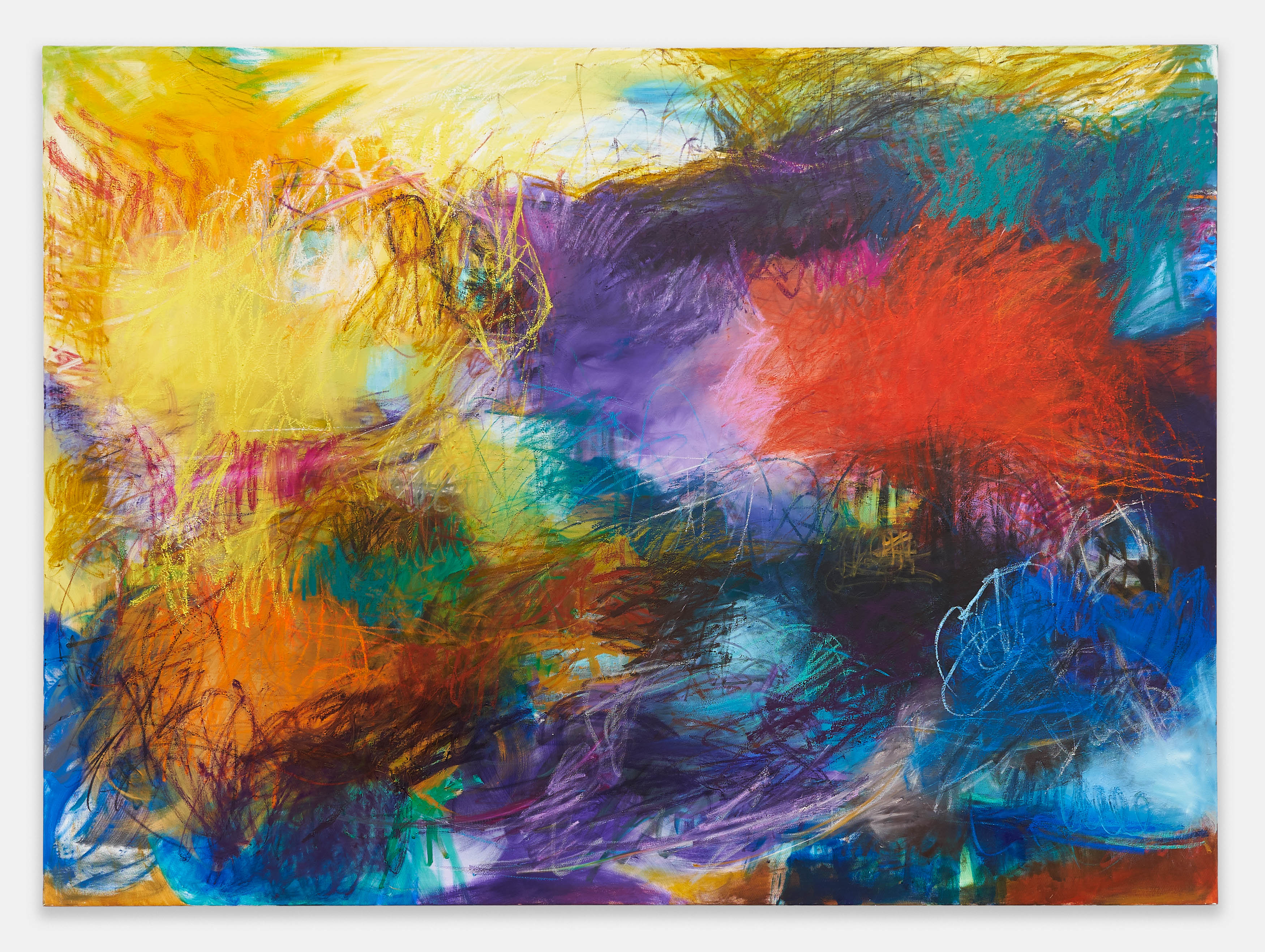 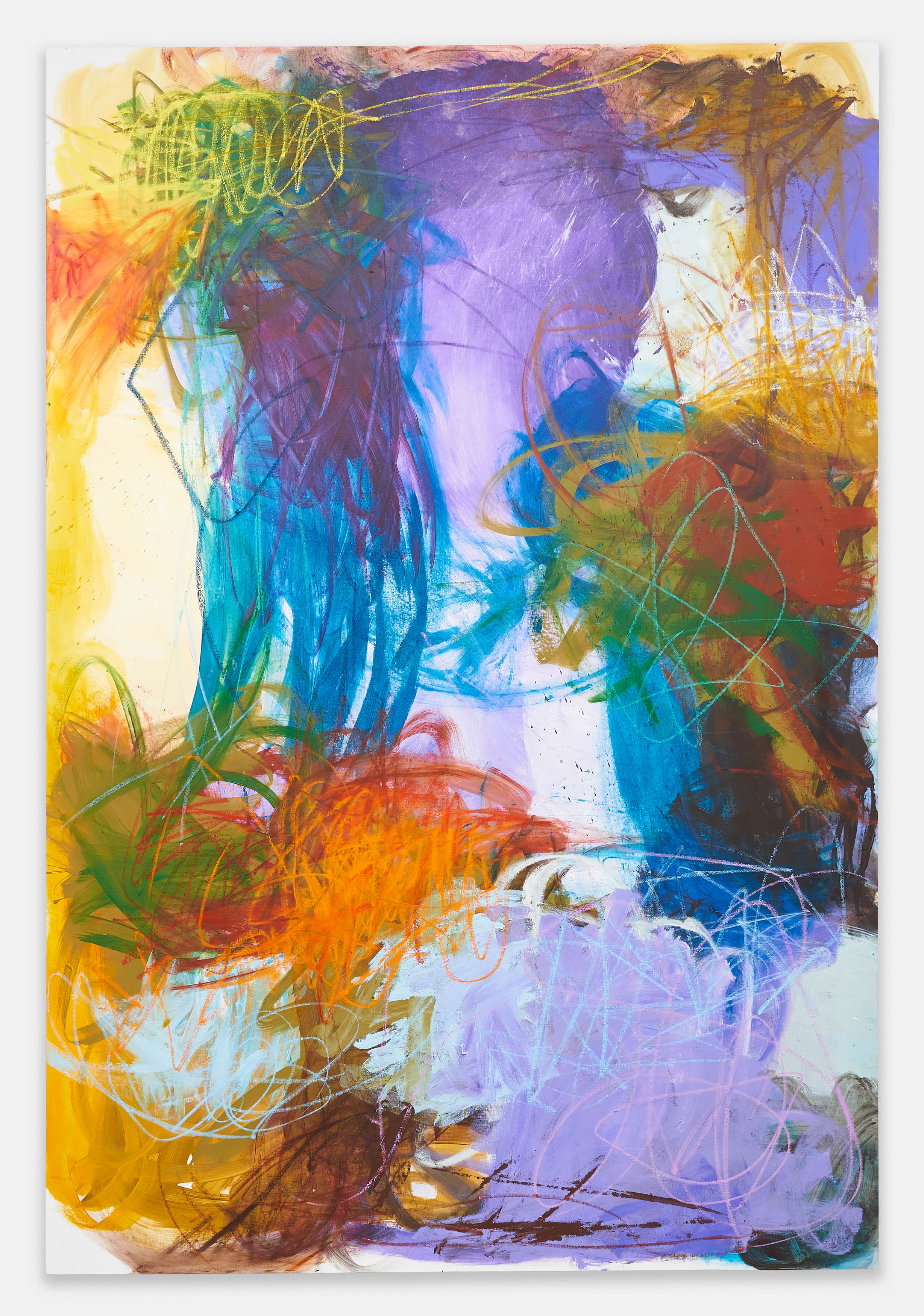 Anna Steinert
Planning for the Unforeseeable, 2022 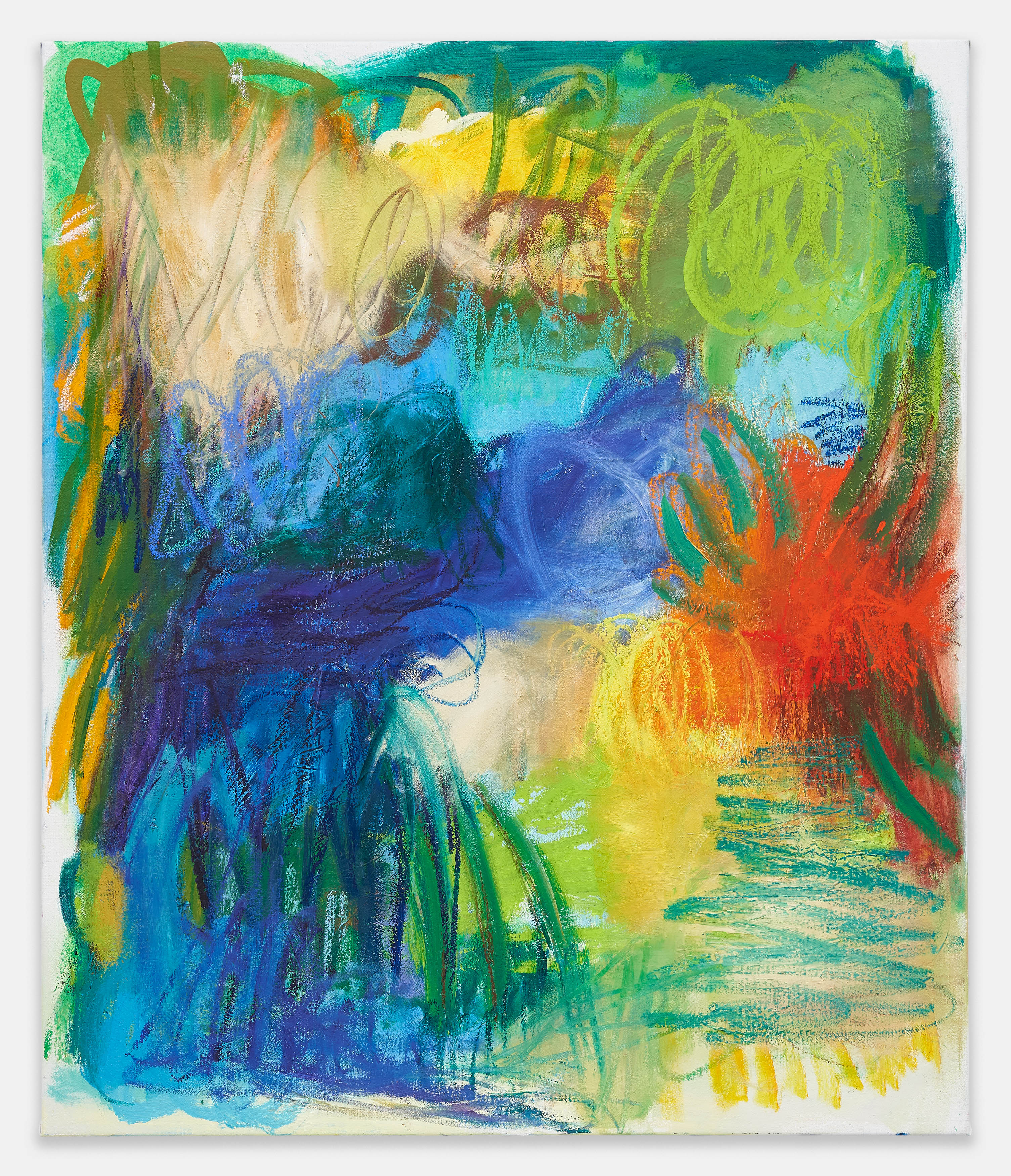 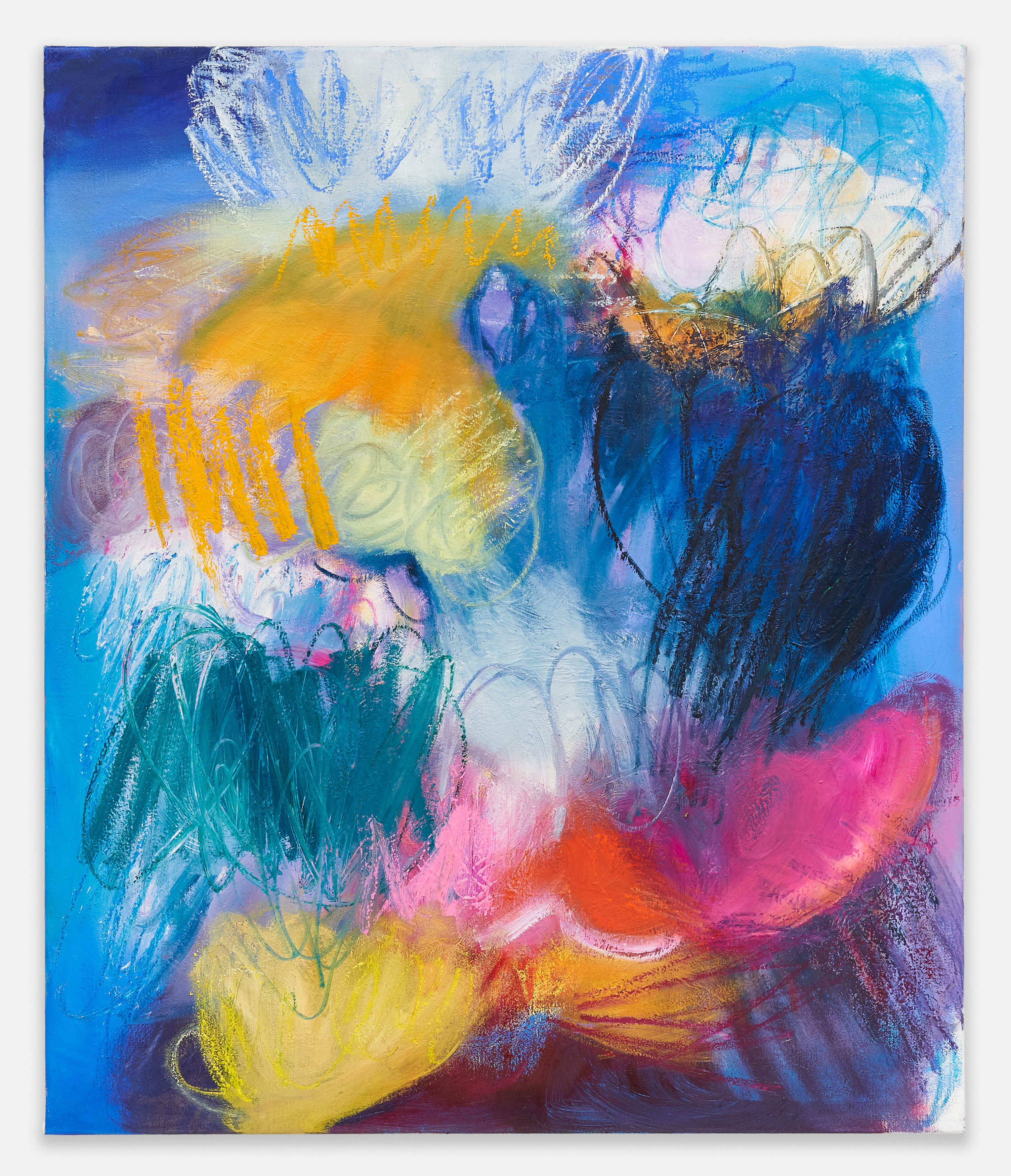 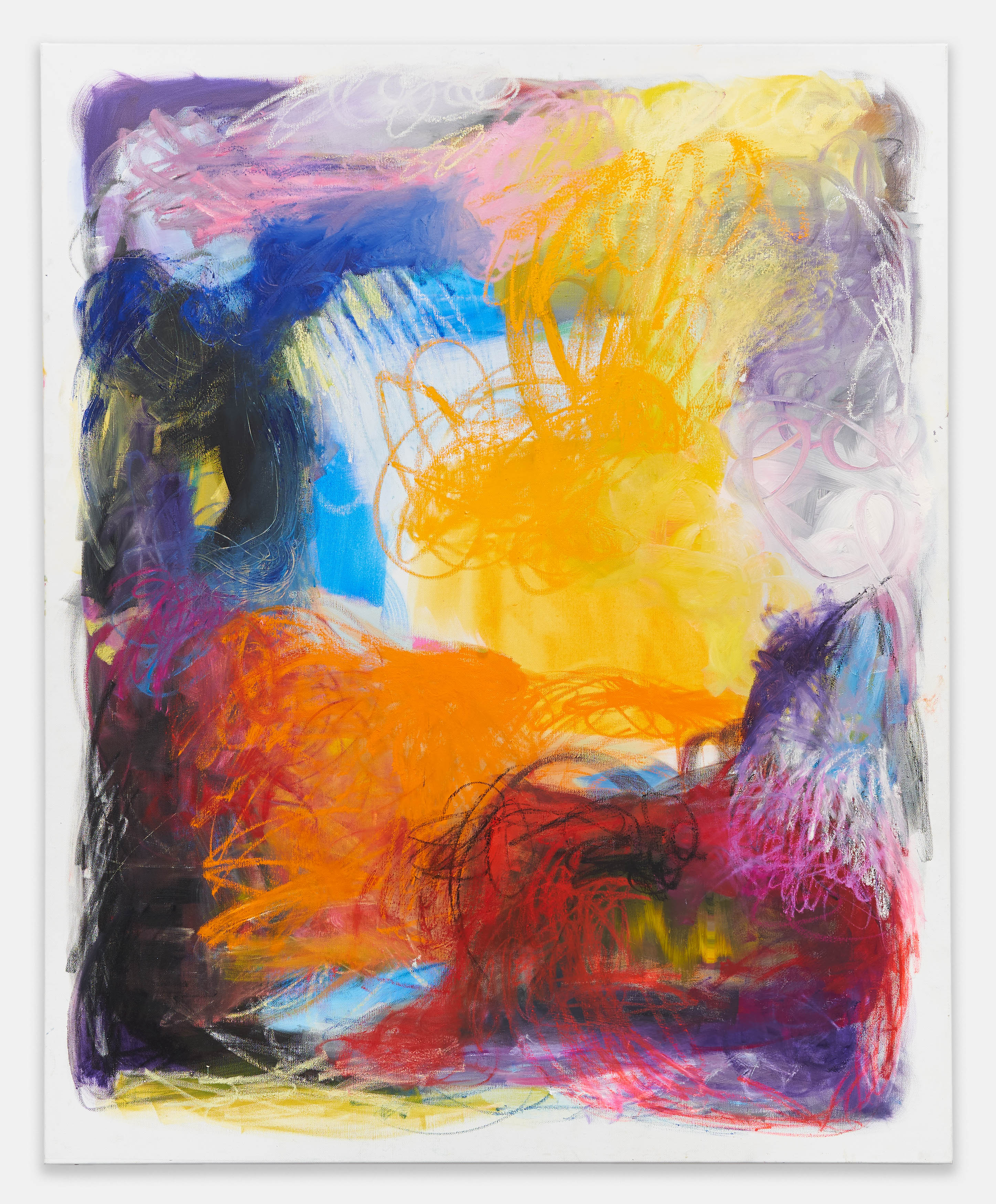 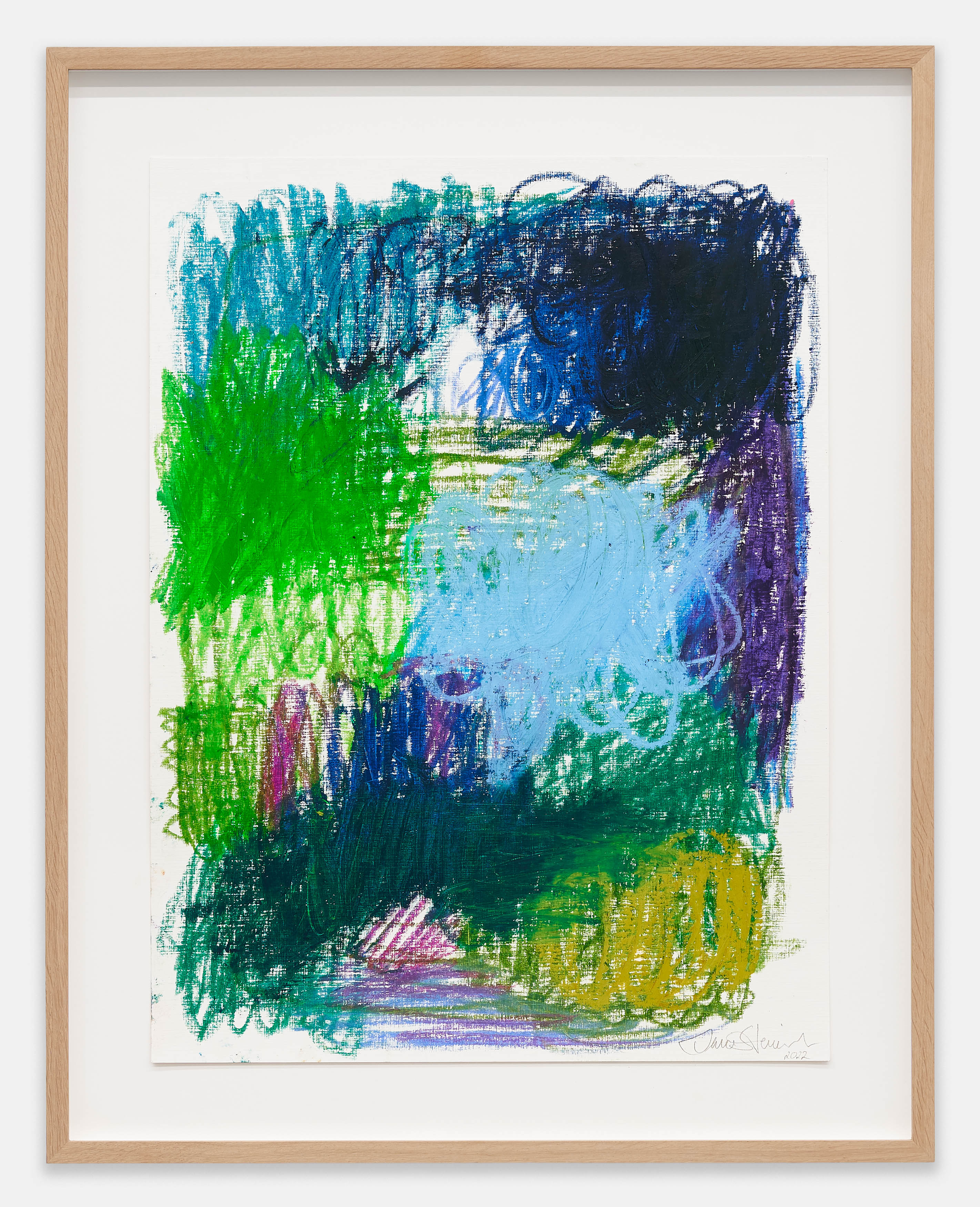 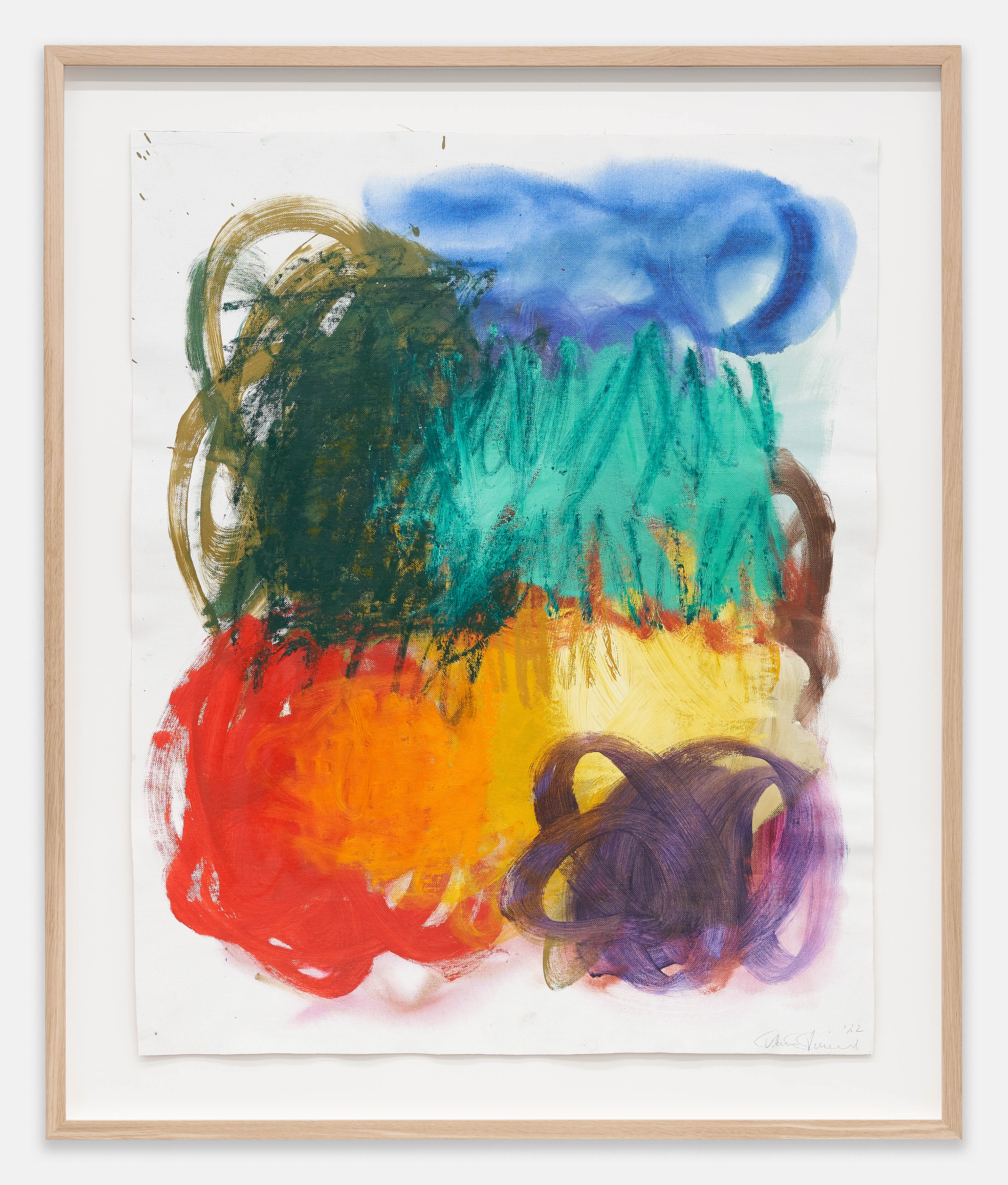 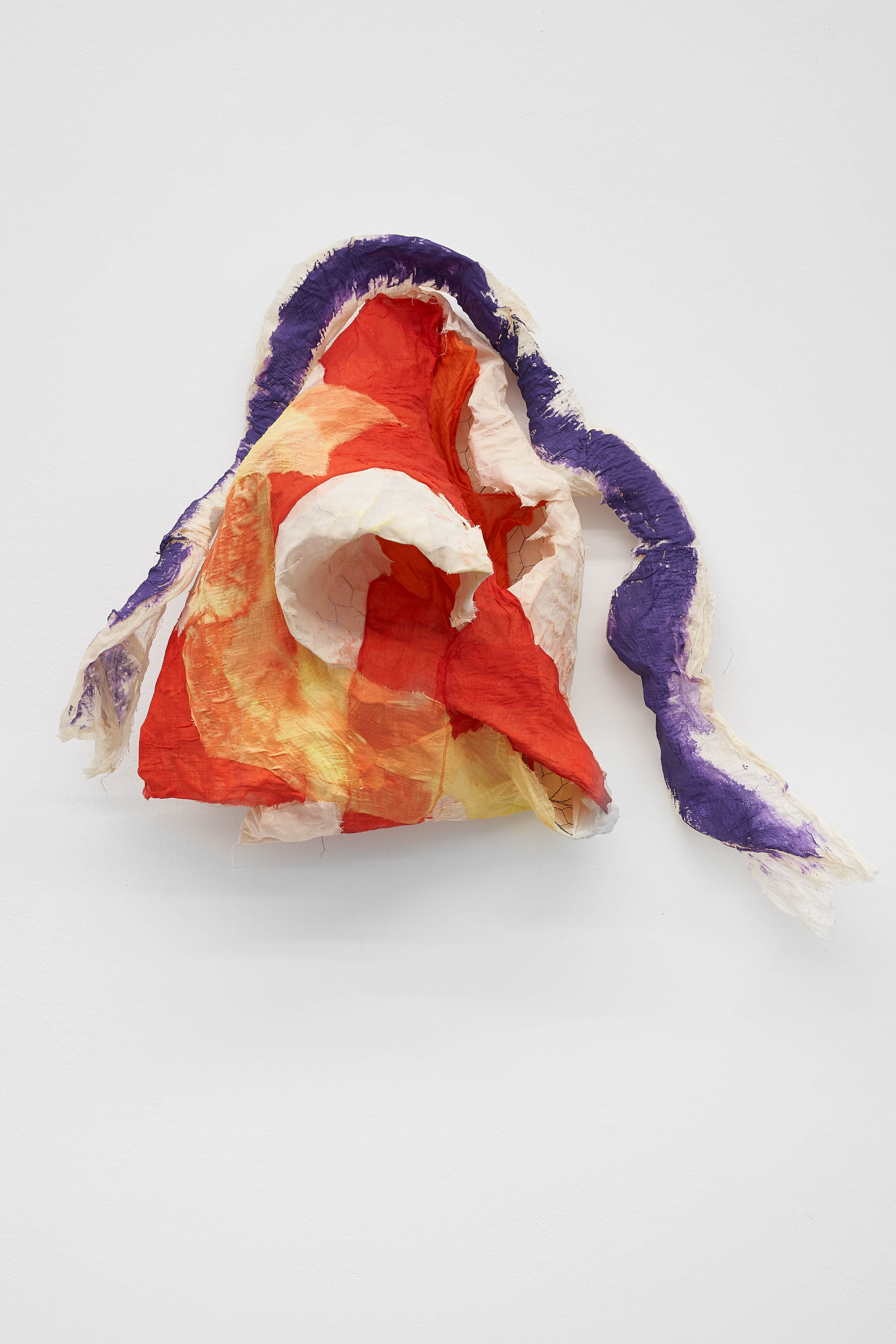 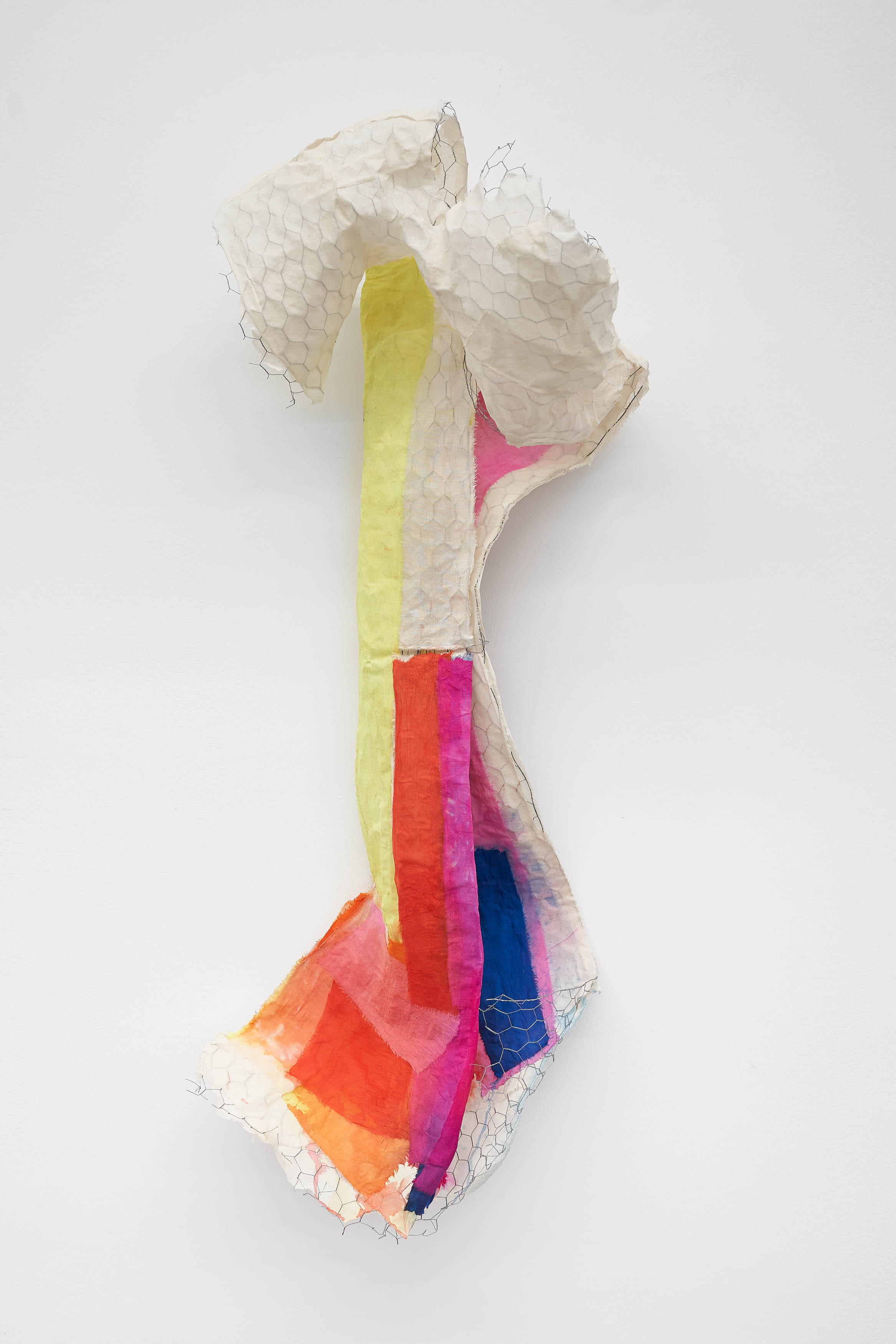 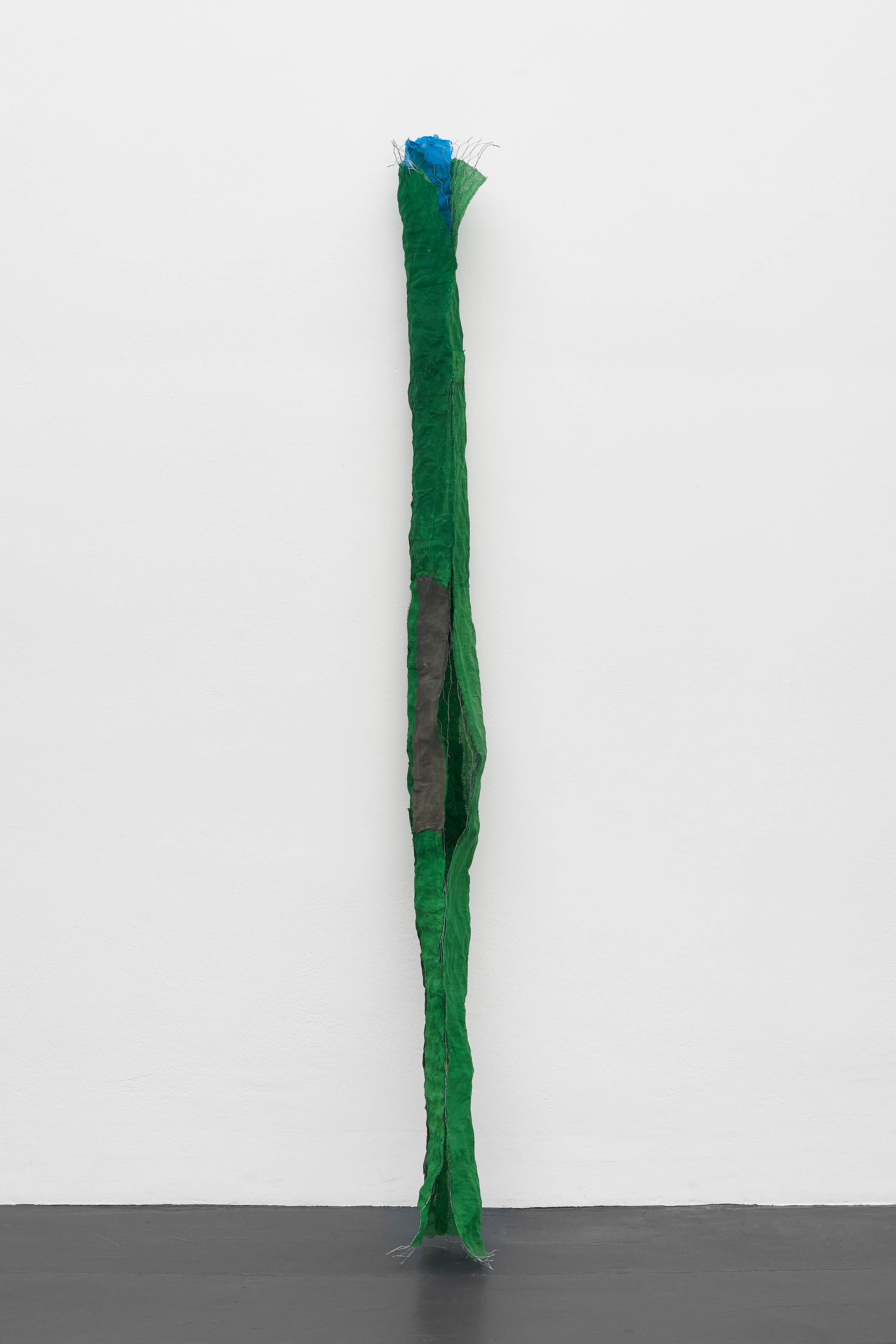 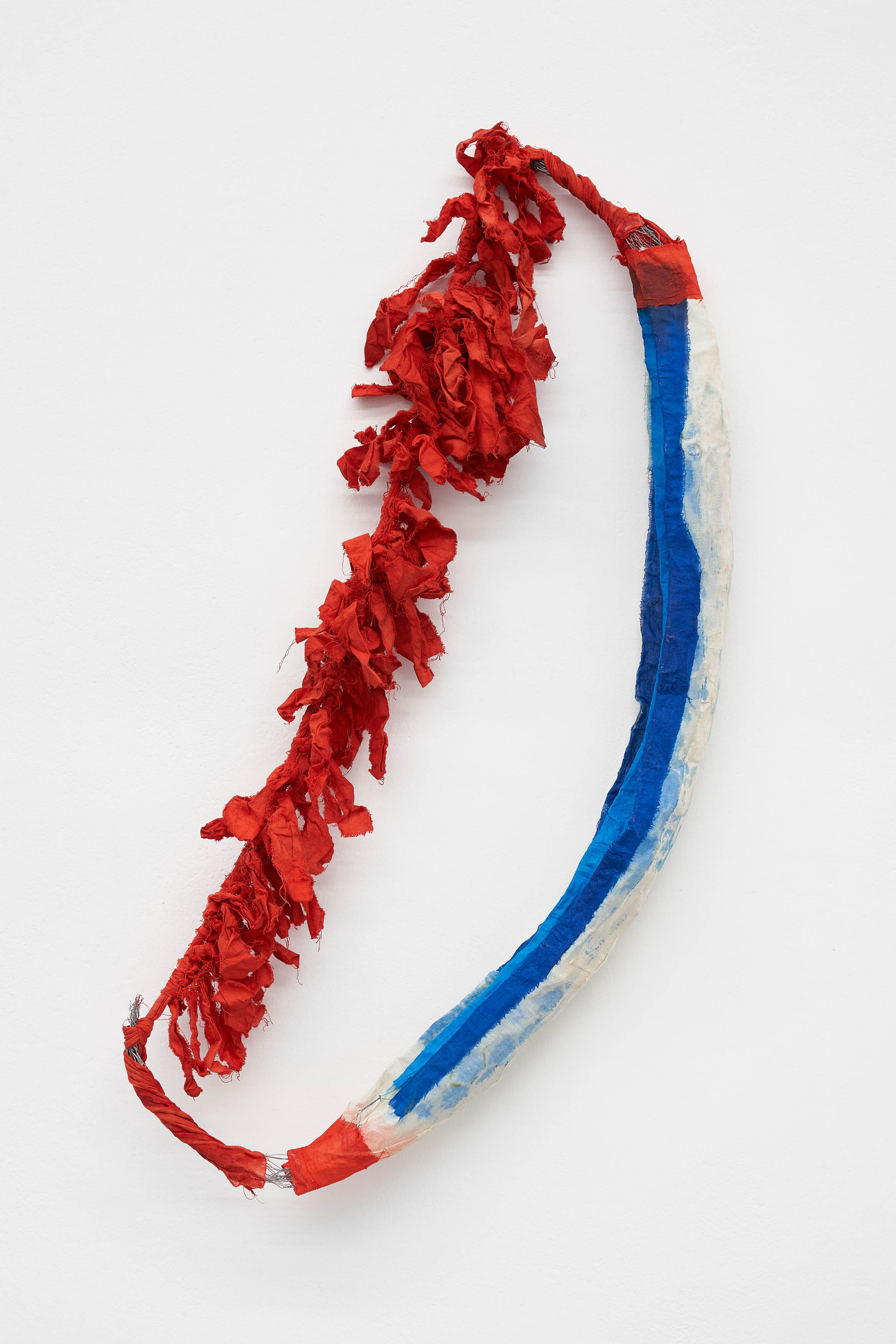