»I am interested in the times and cultures where art had a sacred or initiatory purpose. Where it was understood as a coded visual language that could be used by people for contemplation, evolution and initiation.«

Galerie Tanja Wagner is pleased to present for her first solo exhibition in Germany Rachel Garrard A Continuous Song for Several Voices on the occasion of Gallery Weekend *Discoveries which takes place September 16 – 18, 2021.

Rachel Garrard’s multi-layered practice encompassing painting, sculpture, sound, video and holographic projection, focuses on the subtle realms of the human experience where deeper layers of energy and consciousness inform matter. Her paintings, composed from natural substances such as quartz and rock powder pigment that she has collected through field research trips, hand ground and applied to raw linen through a labour-intensive process of fine layering, create the appearance of depth and shadow within precisely delineated geometrical forms. The subtle tones and abstract compositions evoke an emotional response in the viewer, inviting them to enter into a state of contemplation.

Her works show a language of geometric and symbolic forms that are both personal imaginaries as well as loose interpretations of propositions in quantum physics, such as M-theory and supersymmetry. Everything that is material breaks down at the quantum level into particles, atoms, quarks, strings and vibrations; what we consider to be solid and fixed is intangible. Assimilating these theories with her own experiences of non-physical space that she accesses through meditation informs the painting’s compositions. The works are partly automatic and portray the interior territories of the psyche as maps of different states of consciousness.

For this exhibition Garrard includes larger and more complex paintings alongside sculptures and an ephemeral installation. In comparison to her previous works the new paintings incorporate a dialogue of forms, interweaving a narrative within the painting. The dialogue is continued through a series of sculptures made from steel and wood, which in juxtaposition to the paintings appear heavy and weighted. The sculptures expand into the space itself and form a part of a site-specific installation combining quartz sand as well as found objects from Berlin which are positioned in specific relation to one another. In the back ground, the eerie sounds taken from the NASA space recordings of Venus, create an otherworldly trance-like drone. The exhibition acts as a visual and sonic exploration of vibration and consciousness through matter, combining genres and mediums in an exploratory practice that fore fronts nature as a power source for further inquiry. 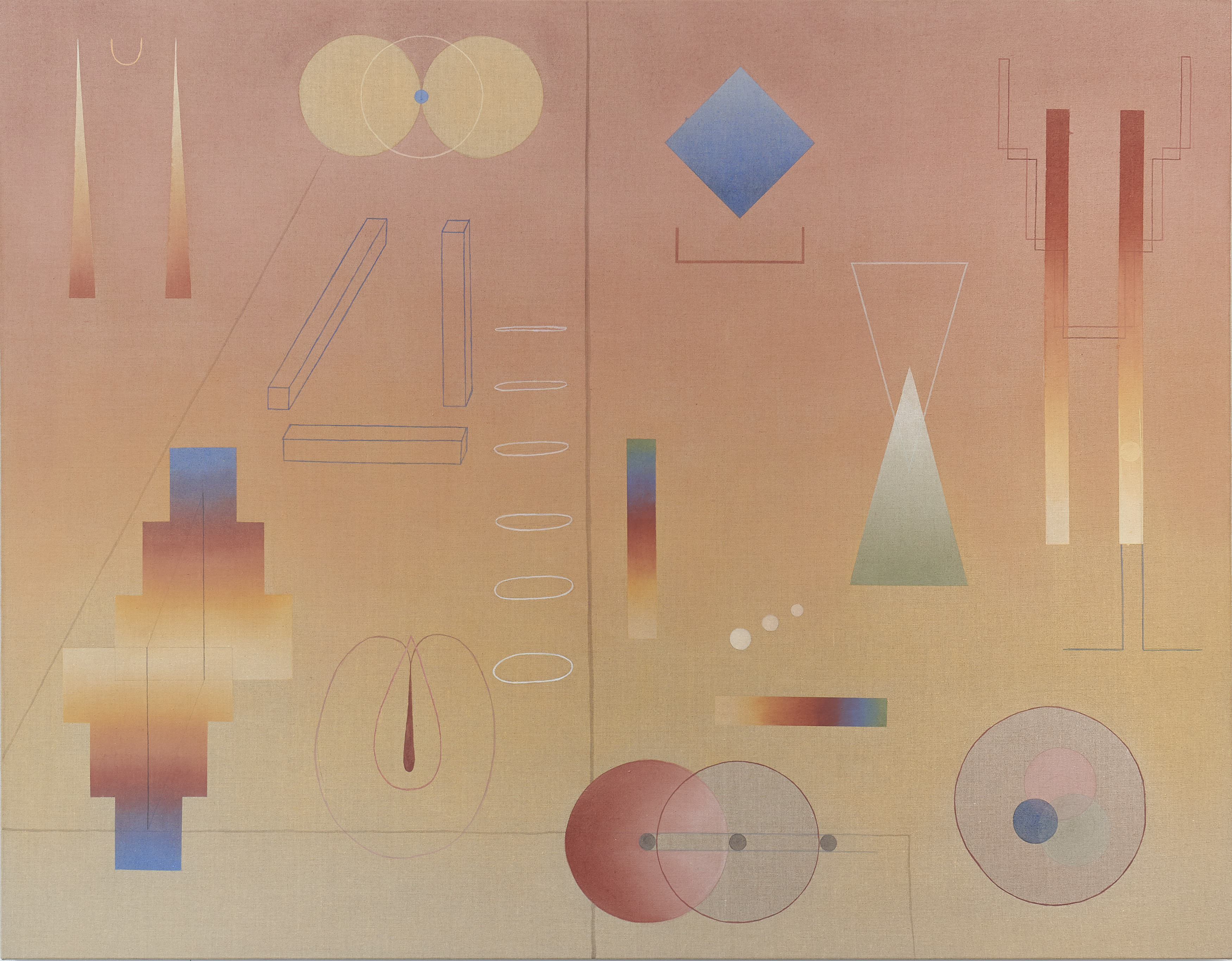 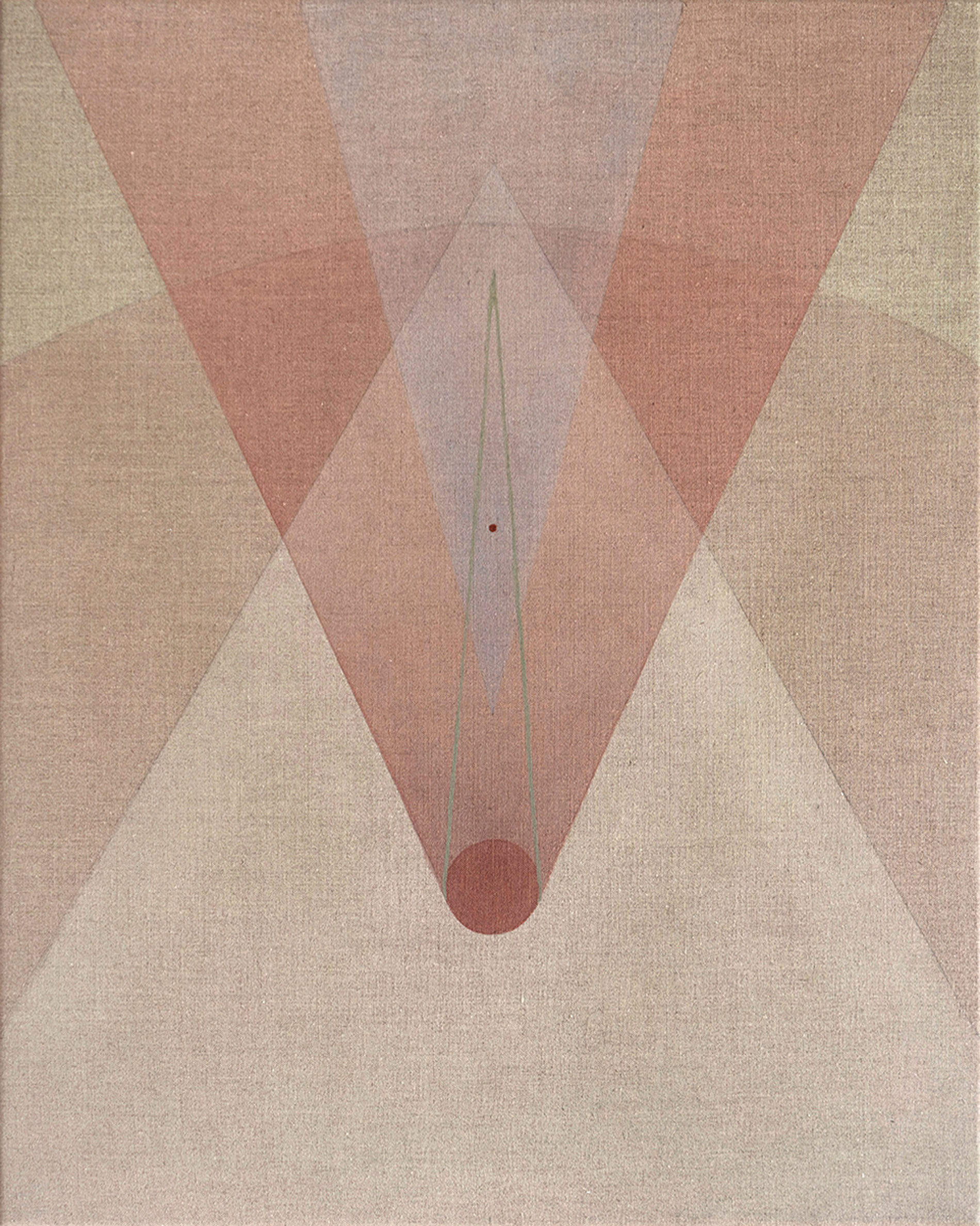 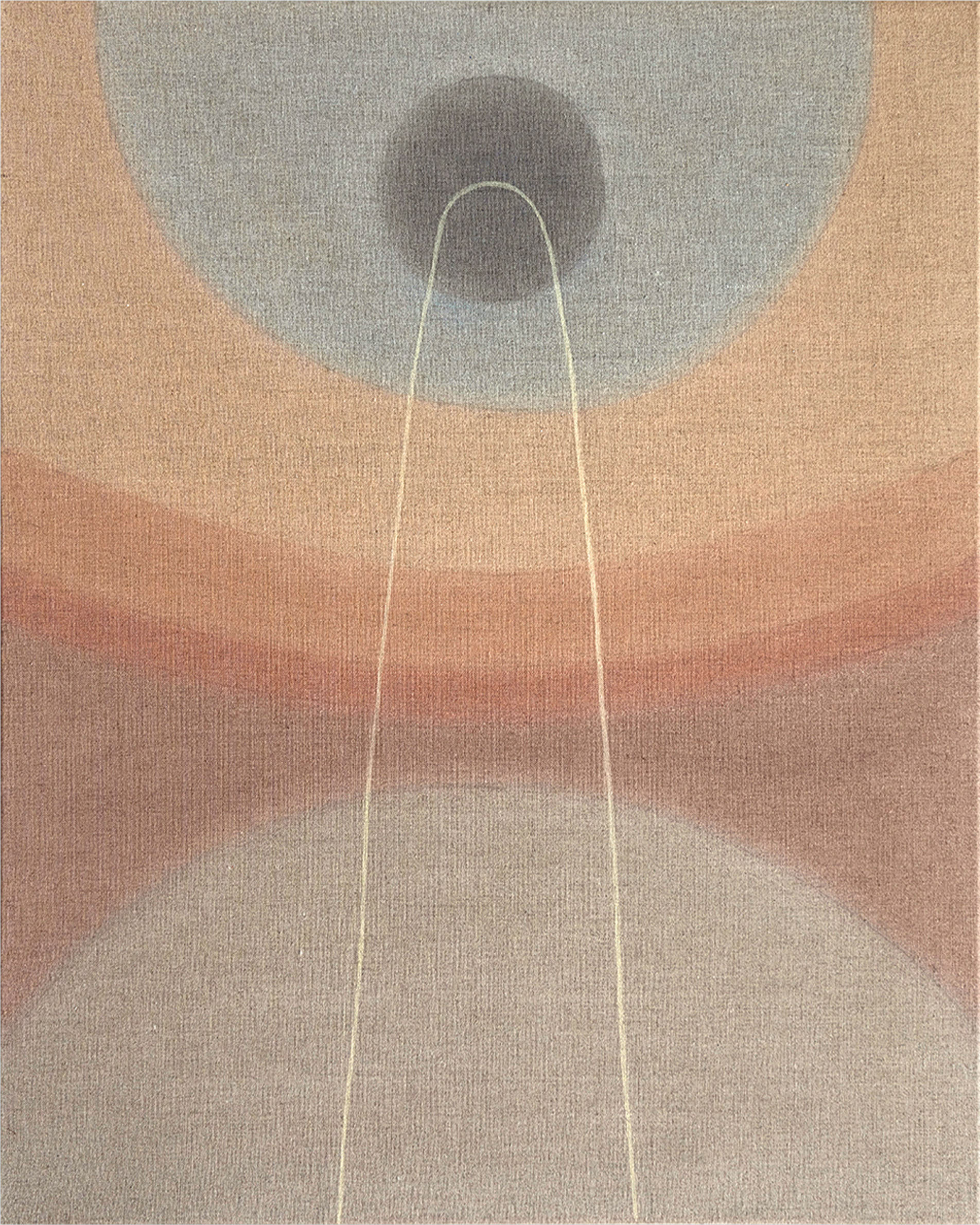 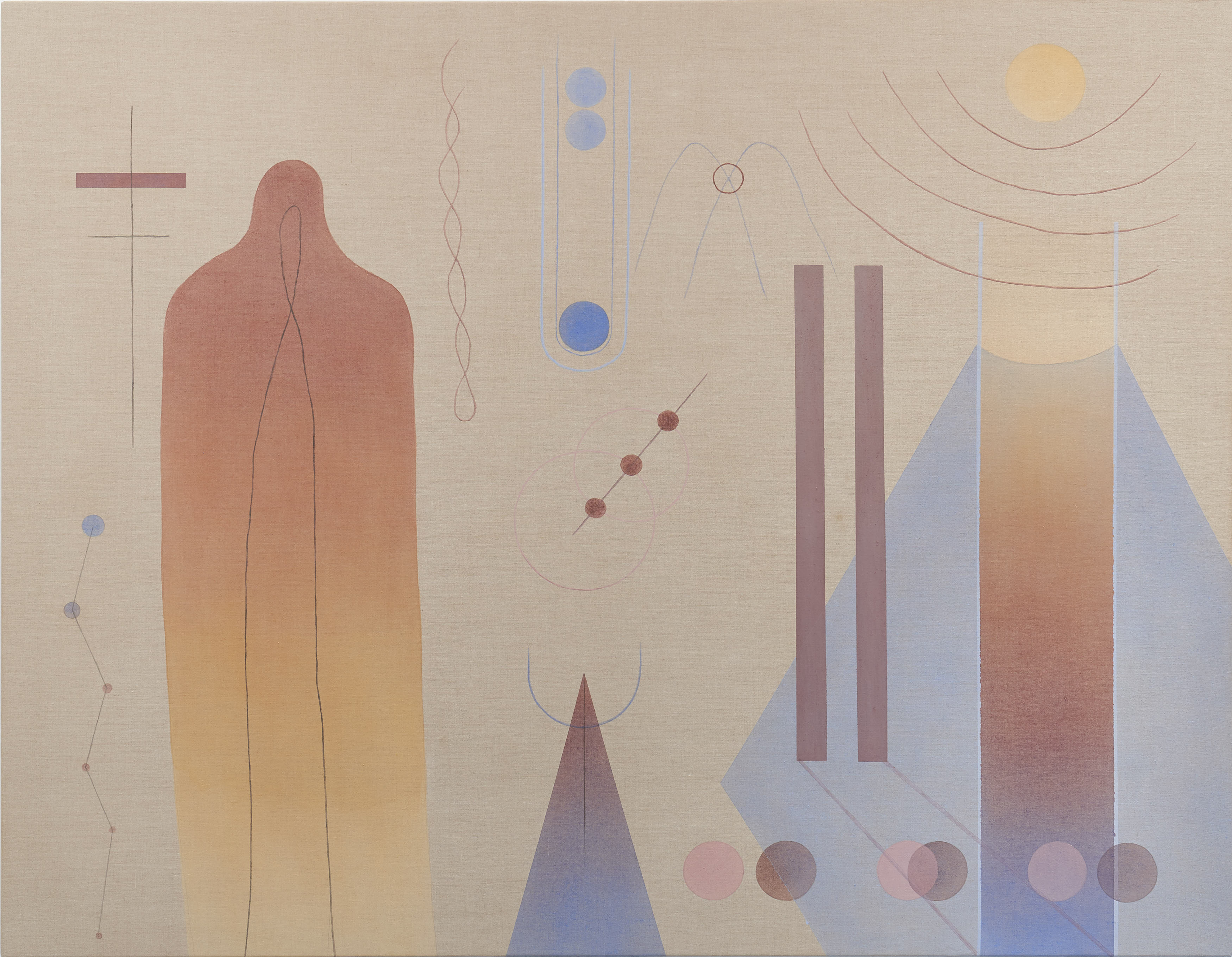 Rachel Garrard
Take Me to Your Infinity, 2021 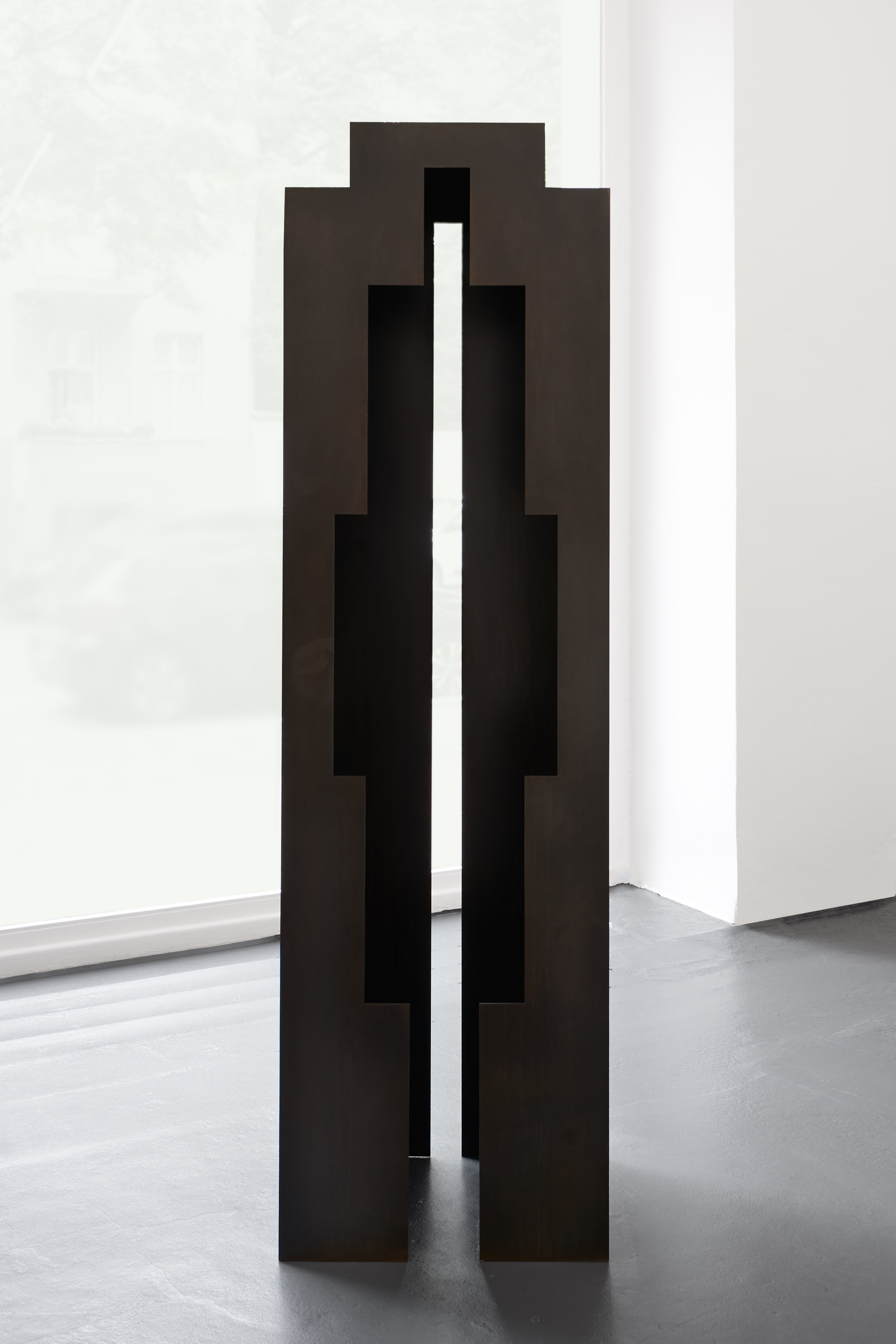 »I believe art has the ability to reach beyond language and that we can absorb information and concepts from images. Symbolic forms not only described something, but also contain within them the essence of what they are describing. Art is not just for oneself, not just a marker of one’s own understanding. It is also a map for those who follow after us.« 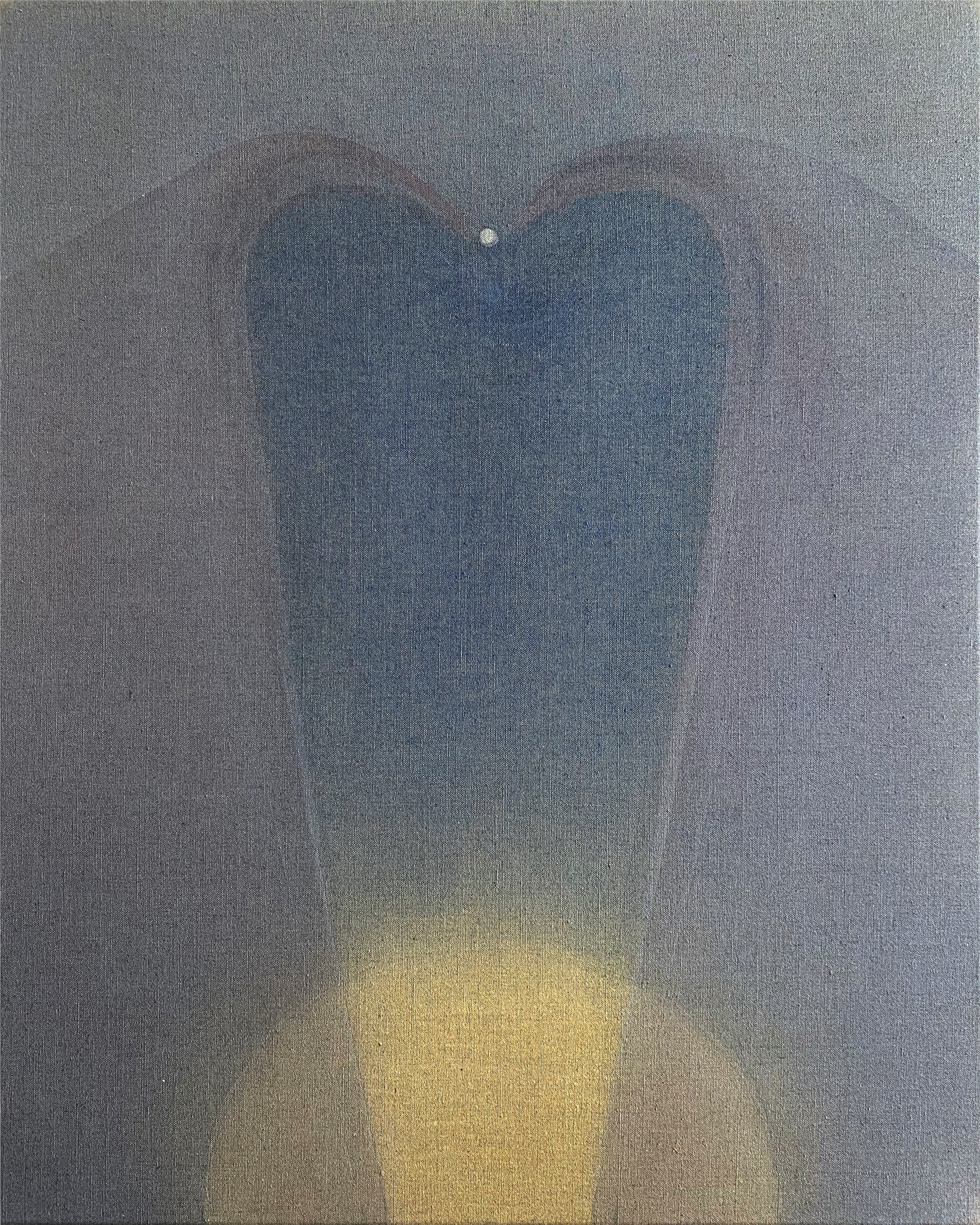 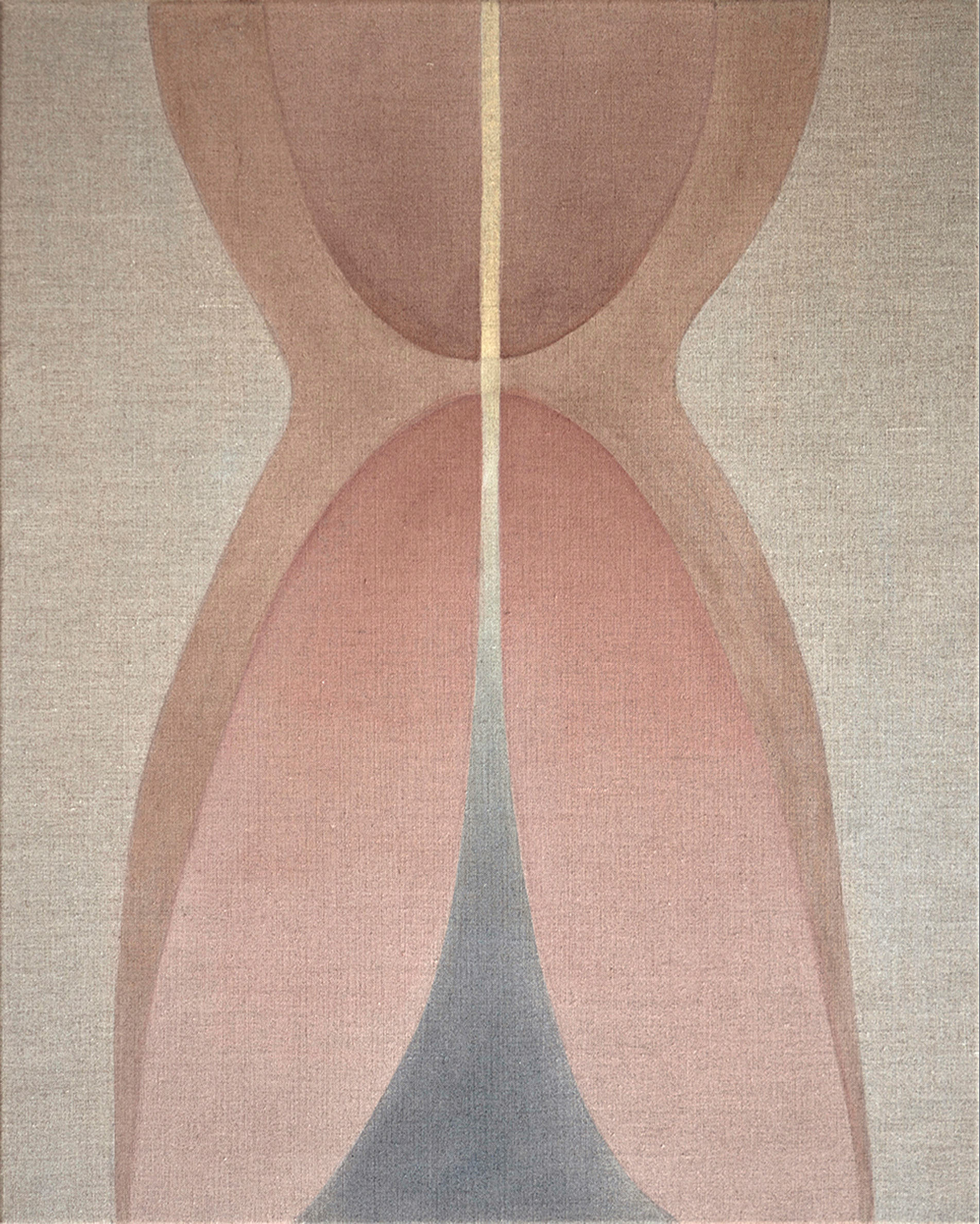 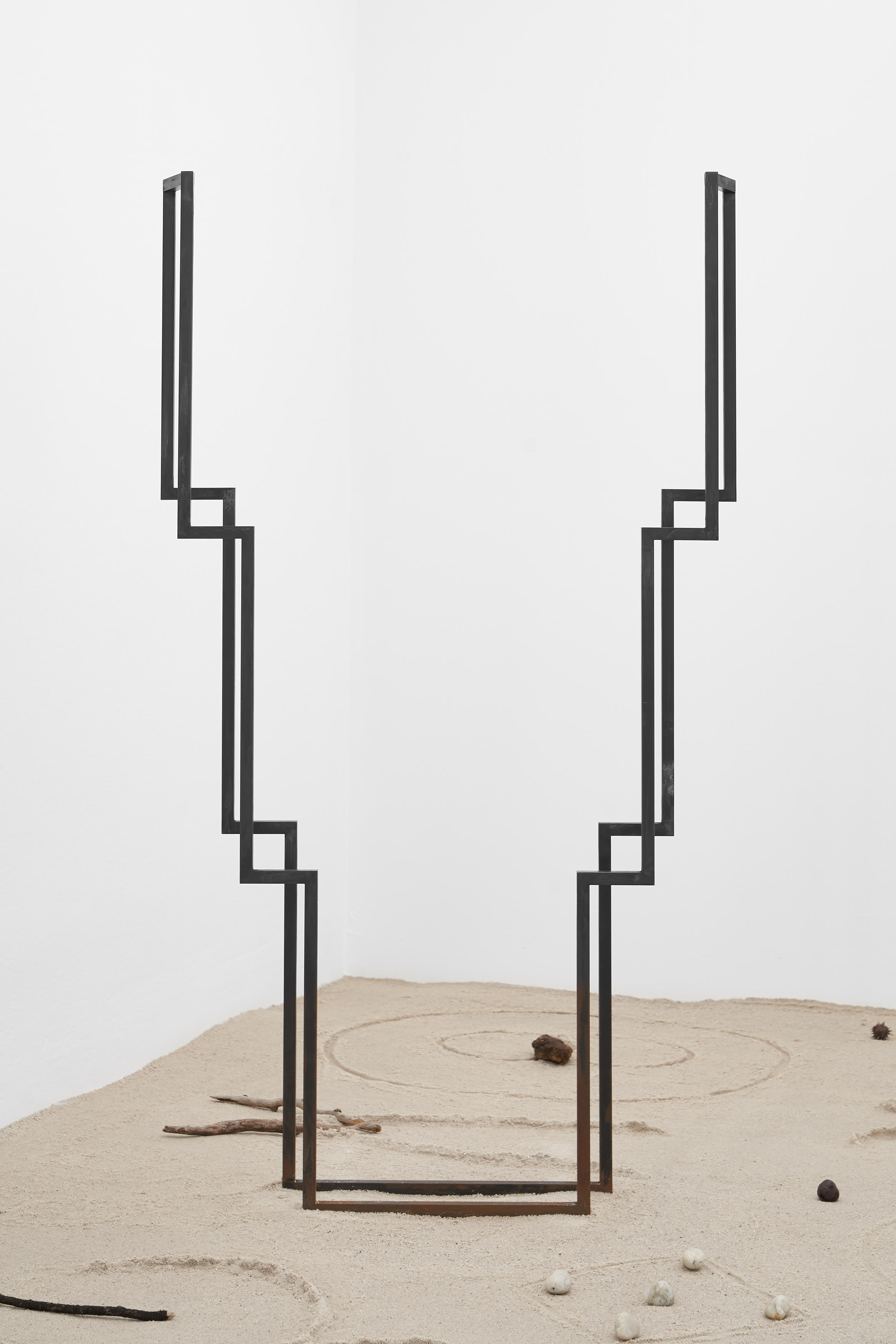 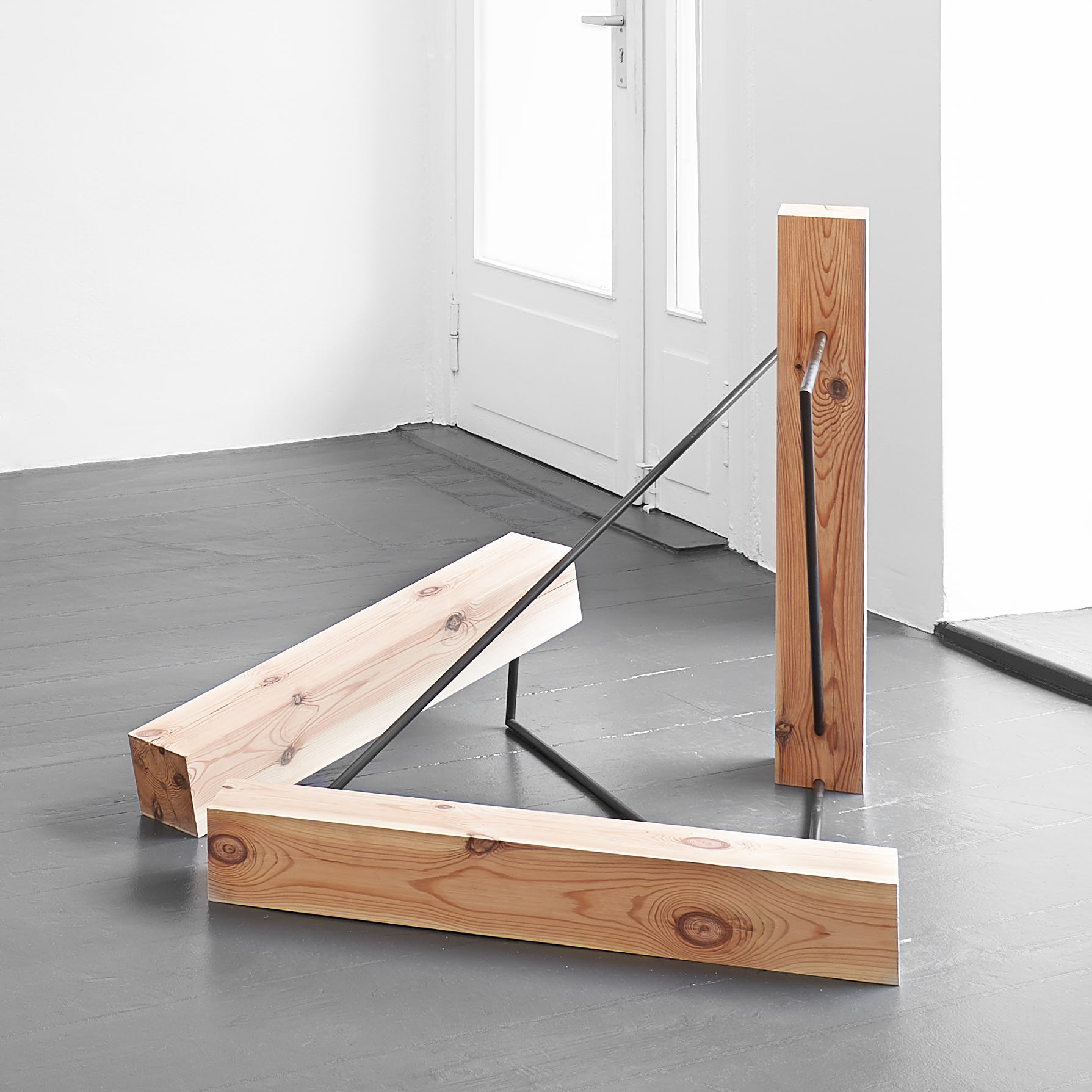 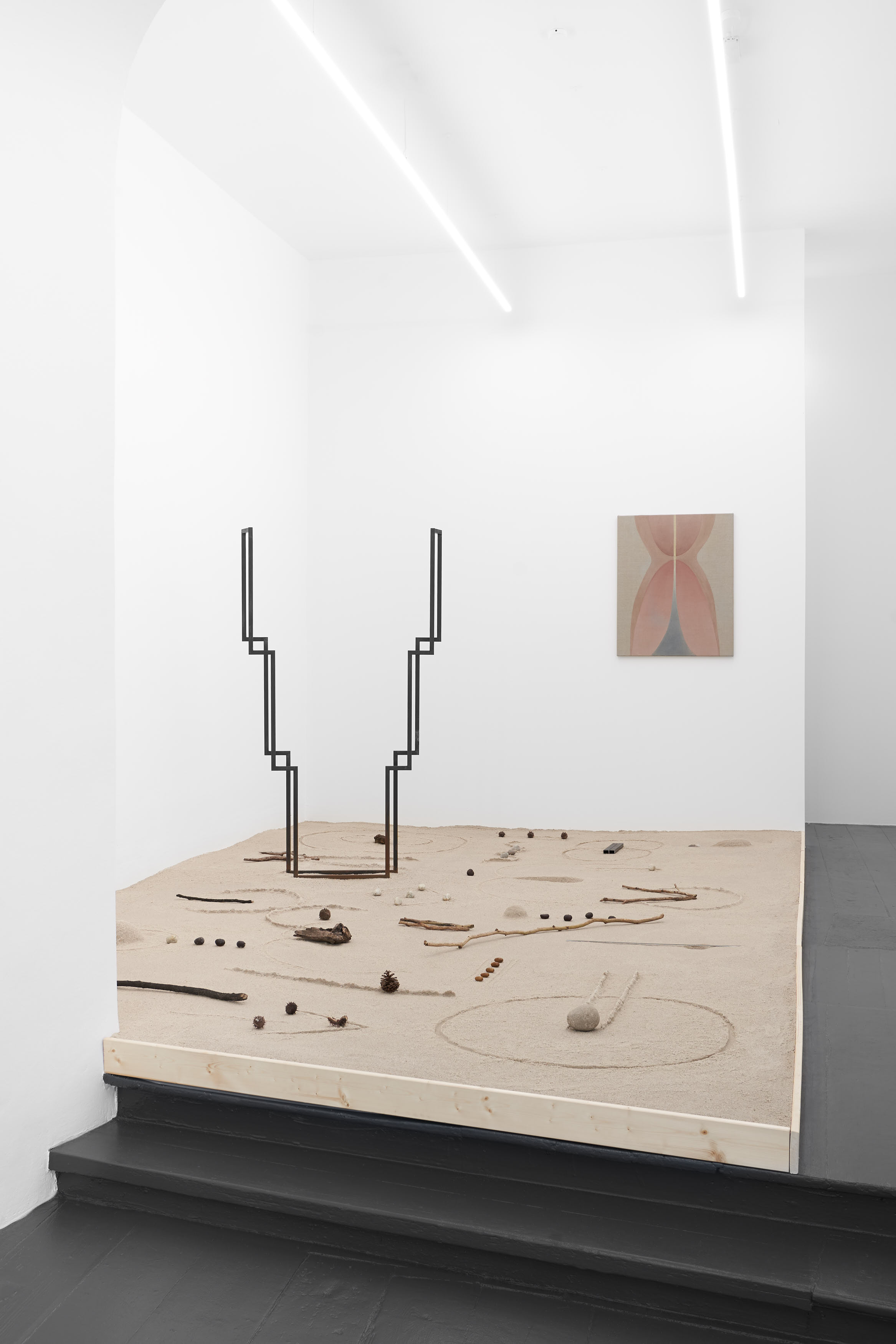 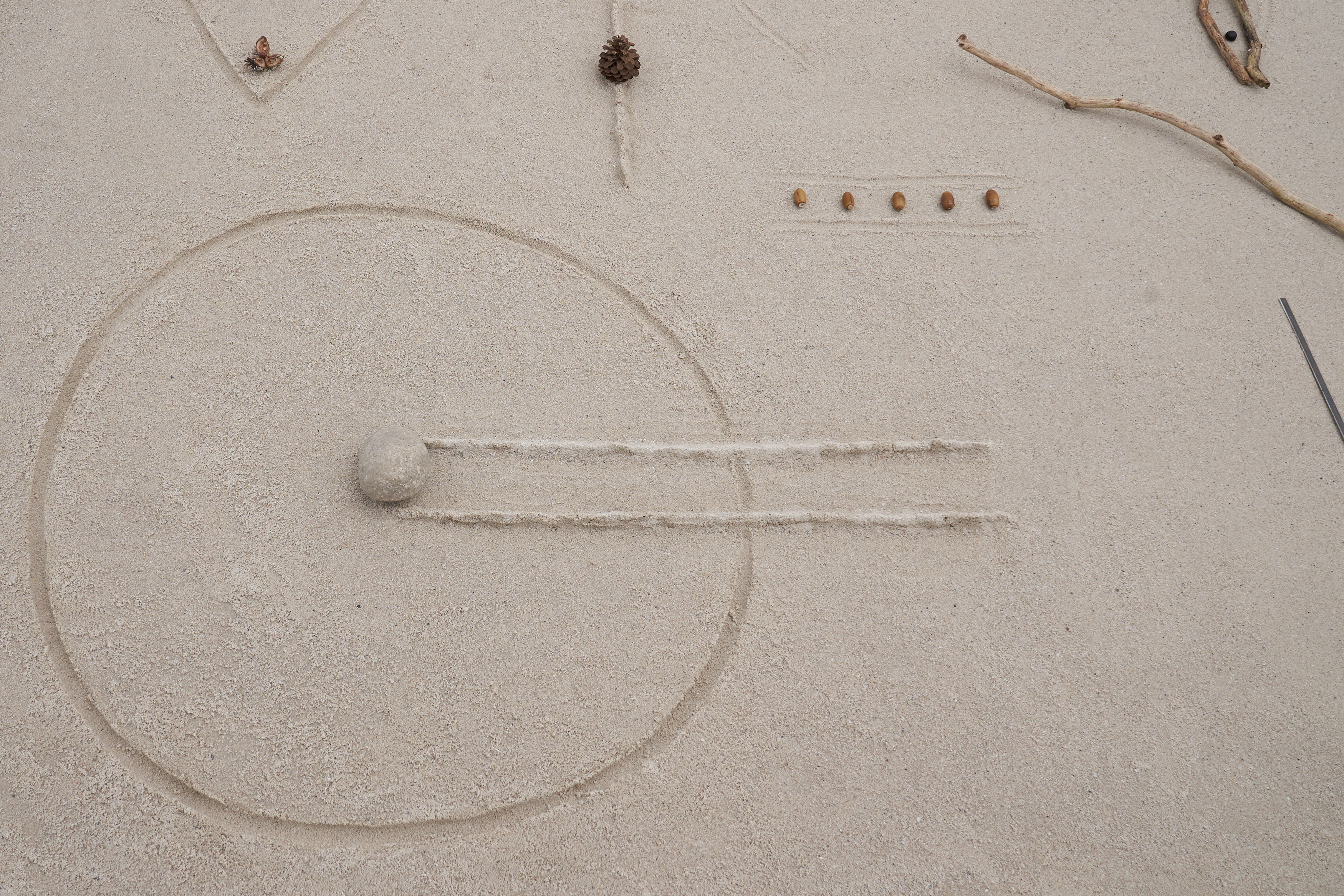 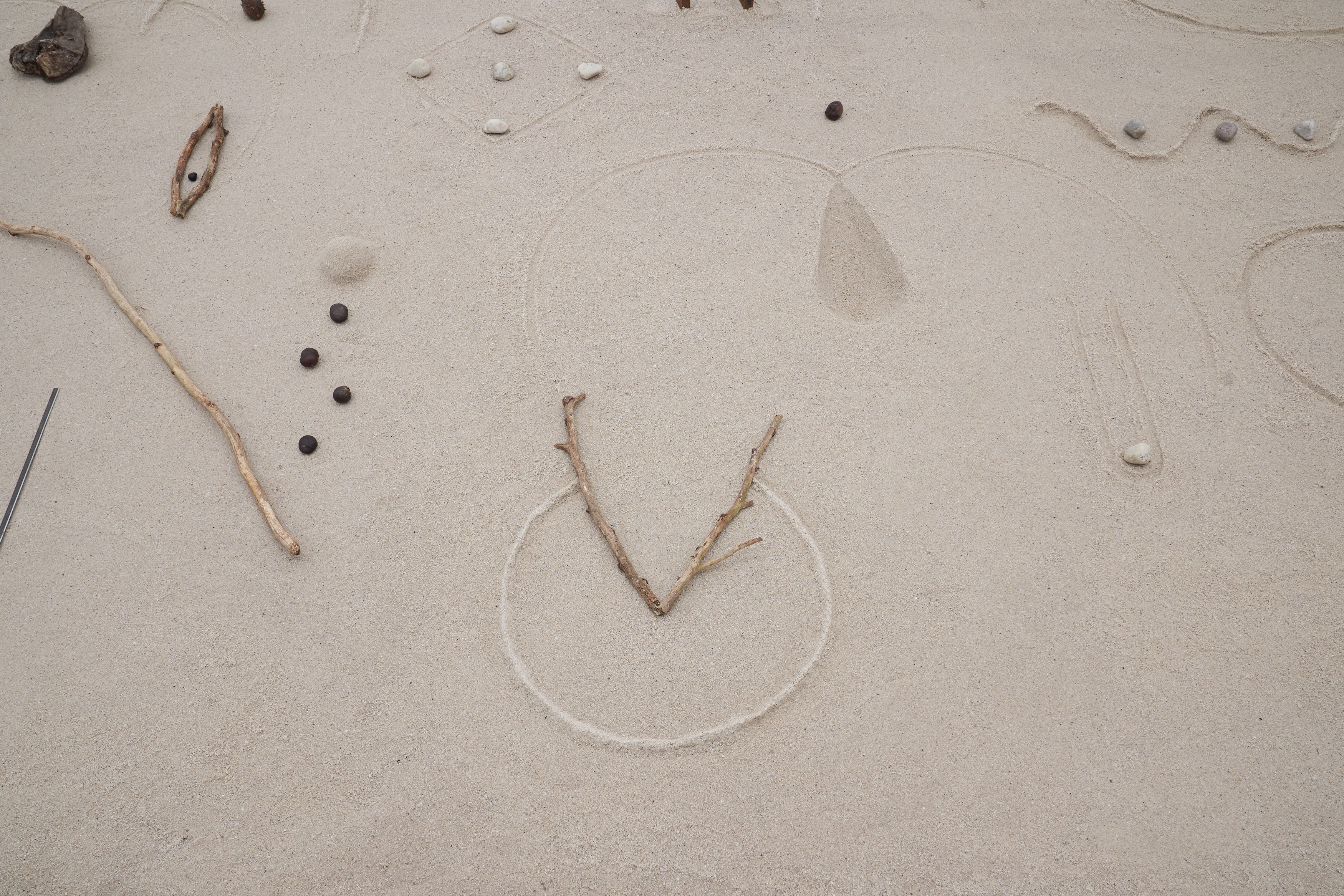