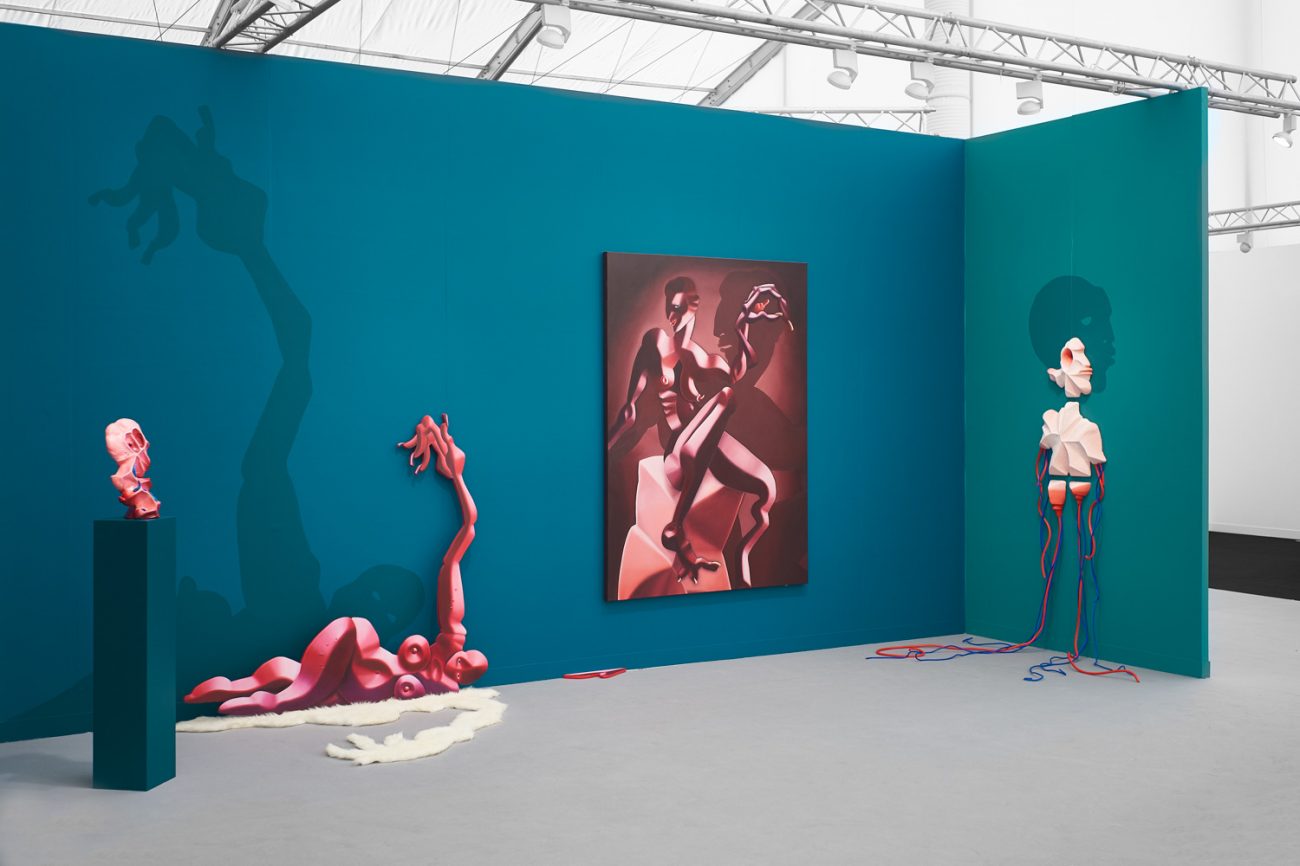 Galerie Tanja Wagner is pleased to present Cathrin Hoffmann at Frieze London 2021. Hoffmann’s work reimagines, remodels, and recycles various corporealities to explore and question what being human means in the future post-digital age. The distorted figures, whose bodies amass sharp-edged forms as well as more curved and bended ones, defy standardized and stereotypical ideas of the human physique, particularly circulated by the media. Although the artist predominantly works with feminine shapes – one recurring motif is the, in Hoffmann’s works often asymmetrically formed, female breast –, she does not draw a dividing line between male and female. Her aesthetic operates in an equivocal realm, in which these kinds of dualisms are non-existent.

The German-Iranian artist’s practice consists of an appropriation of digital painting by translating virtually modeled, impeccable figures, which she creates via 21⁄2D rendering, into an analogue painting practice that allows personal and “imperfect“ traces. In this way, she sets the antipode of an immaculate physical appearance that is widely desired nowadays. In her presentation for Frieze, the artist visually transforms the entire booth, including new oil paintings, sculptures, and a wallpainting. The metamorphosis of the booth, which is encased in a petrol blue wallpainting, depicting corresponding shadows of Hoffmann’s sculptures, functions as an analogy of her work that likewise has this notion inherent to it, such as metamorphosing from the digital into the analogue or from perfect into imperfect.

The ambiguous visuality of the depicted characters is reminiscent of an amalgamation of the machine and the human, alluding to Donna Haraway’s renowned essay “A Cyborg Manifesto”. In her essay, Haraway deconstructs the boundaries between human and animal, animal-human and machine, and physical and non-physical as well as analyzes the drastic influence of machines that veil the distinction between natural and artificial. These theoretical and practical entanglements are visually reflected in Hoffmann’s twisted figures, often moving in a complementing contorted way. Moreover, the artist draws attention to the problematic of western dualism that is not just applied to deconstructively distinguishing between male and female, resulting in the exclusion of the seemingly “inferior” group, but also to the determination of an abled and disabled body, fueling the establishment of an undesired “other”. Hoffmann’s work distinctly dismisses such dualist ideas and sets a new basis for futuristic, diverse body types.

Cathrin Hoffmann (b. 1984, Germany) lives and works in Hamburg, Germany. 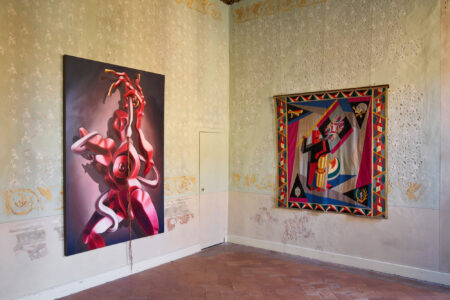 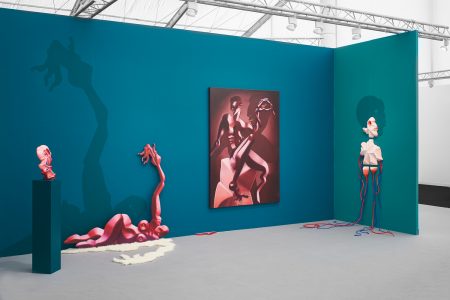 Schönheit in Farbe und Abstraktion
Cathrin Hoffmann und Anna Steinert in der Galerie Tanja Wagner
by Alexandra Karg
gallerytalk.net
Load more
This site uses cookies to improve user experience. By clicking »Accept« you consent to our use of cookies. Click »Learn more« for information on how we use cookies and for our privacy policy. Learn more